Applications include ad-hoc analysis and debugging, plus the creation of reporting dashboards that can be shared with team members or published online.

See my blog for more about this project, including a video demo.

Full documentation is at django-sql-dashboard.datasette.io 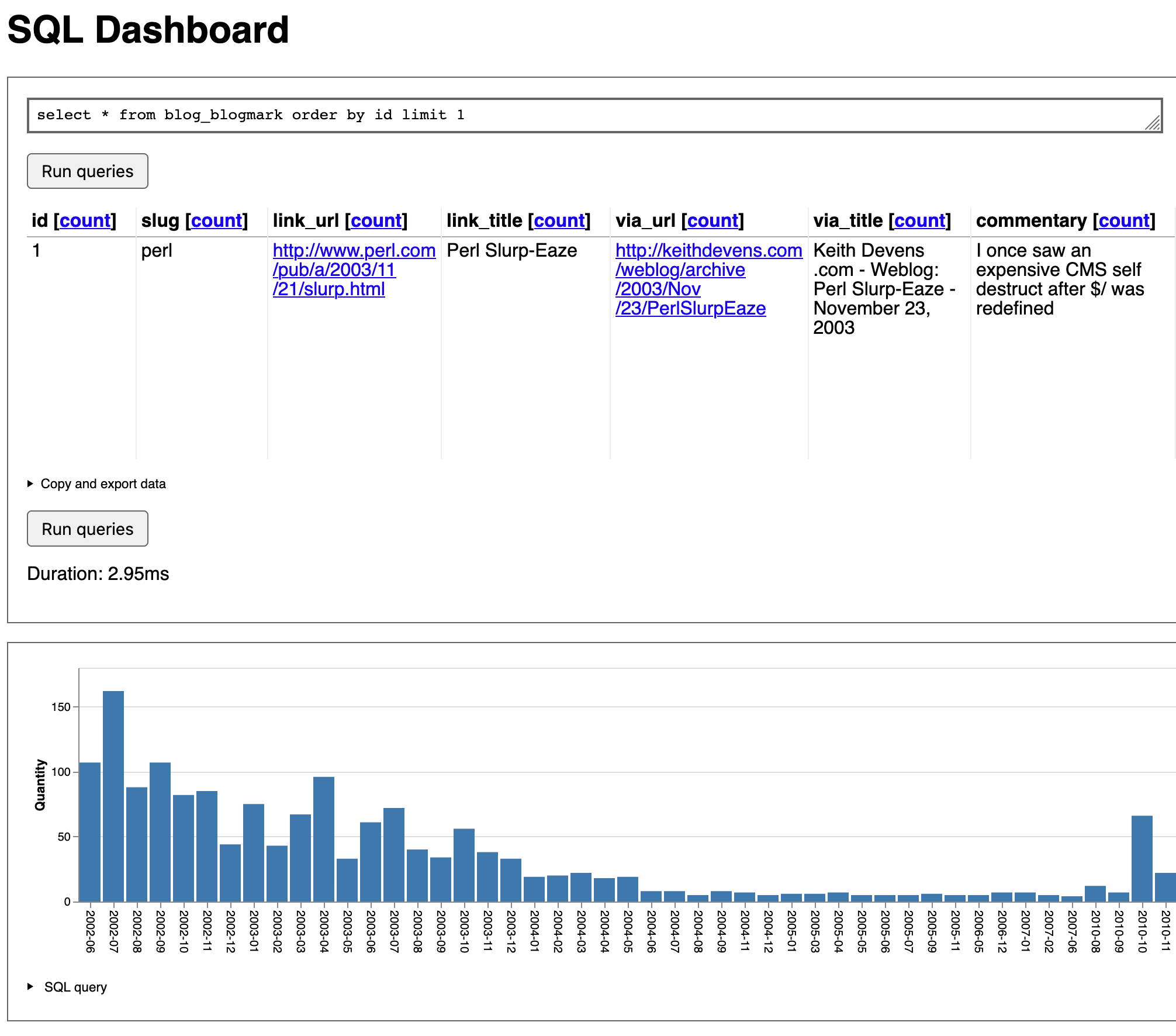